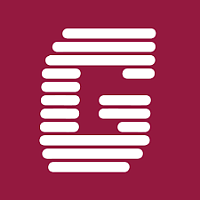 
From the first stage, Rami Levy Chain Stores will have an agreement with Cofix founder Avi Katz, his daughter Hagit Katz-Shinover, Hanania Shemesh, and Gil Unger, who represent the controlling core in Cofix Group. Completion of the deal is dependent on several conditions, among them approval by the antitrust commissioner, and also changes in the Cofix Group board of directors.

Rami Levy Chain Stores and Cofix Group have also struck a deal with Richard Hunter's Green Lantern group, which owns 50% of Cofix Group's Super Cofix subsidiary, whereby Cofix will have an 18-month option to buy Green Lantern's stake, in exchange for repayment of an owner's loan and capital invested in Super Cofix plus interest of 12%.

Under the agreement, Rami Levy Chain Stores will assist Super Cofix by using its power in the market to improve the latter's trade and loan agreements. For Katz and Cofix this represents a safety net, following a period in which the group's results have deteriorated. The Cofix chain recently reverted to its NIS 5 per item fixed price selling strategy, in an attempt to reverse the negative trend. The Super Cofix supermarket chain is still a loss maker. For Rami Levy, the deal gives him a foothold in an attractive market, with higher gross margins than in his discount stores under the Rami Levy brand, and one in which he has not up to now been a player. Rami Levy Chain Stores currently has only one inner-city branch. Super Cofix has thirty branches. Levy was in the past a bidder for the Mega supermarket chain, with its Mega in the City brand.

Through its Urban Cofix unit, Cofix Group runs 134 cafes in Israel, and it also has a 36% stake in chain of cafes in Russia that has 33 cafes in Moscow and three in St. Petersburg. The group has also begun to be active in Turkey.

Cofix made a considerable impact on the Israel cafe market by selling coffee and snacks for NIS 5 each, but this has not translated into financial success. It recently raised its price to NIS 6 per item, but this gamble did not pay off, and it has now reverted to NIS 5 per item for basic items, with other products selling at NIS 8 per item.