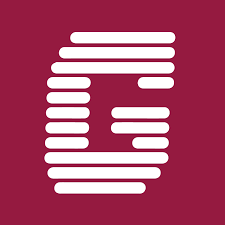 Fixed-price café chain Cofix completed its merger into stock market shell company Agri Invest Ltd. (TASE:AGRI) yesterday, after all the conditions for the deal were fulfilled. Cofix is now the first café chain to be traded on the Tel Aviv Stock Exchange.

Control of Agri was transferred to the entrepreneur behind Cofix, Avi Katz (53) through an allocation of shares. Katz was appointed chairman of the company, and his partners were made directors.

Katz now holds 50% of the shares in Agri, and he signed a shareholders agreement with his partners in the business: Benjamin Farkash, Hanan Shemesh, and Gil Unger. The CEO of the company will be Chaim Aharon (55), who has managed Cofix since 2014. Aharon was previously operations manager at Office Depot and CFO of Bee Group Retail Ltd.

Shares in Agri have been very volatile since May, when it announced that Cofix would be merged into it through a share allocation. For the purposes of the allocation, consultants Giza-Singer-Even valued Cofix at NIS 91 million, despite the fact that Cofix made an operating loss of NIS 1.3 million in 2014, and had a shareholders' equity deficit of NIS 1.2 million at the end of the year.

Cofix runs a chain of shops that sell coffee, soft drinks, sandwiches and baked goods at a fixed price of NIS 5 per item. It has three areas of activity: setting up branches; supplying them; and a supermarket chain that is still in its infancy.

In 2013, Cofix had just four branches, but it set up another 40 in 2014, and has set up 26 more so far this year. It aims to have 120 branches by the end of 2015, which its managers say will bring it to substantial operating profitability in the current year. Cofix's business model is based on setting up small branches, about 30-40 square meters in area, and selling them to franchisees.